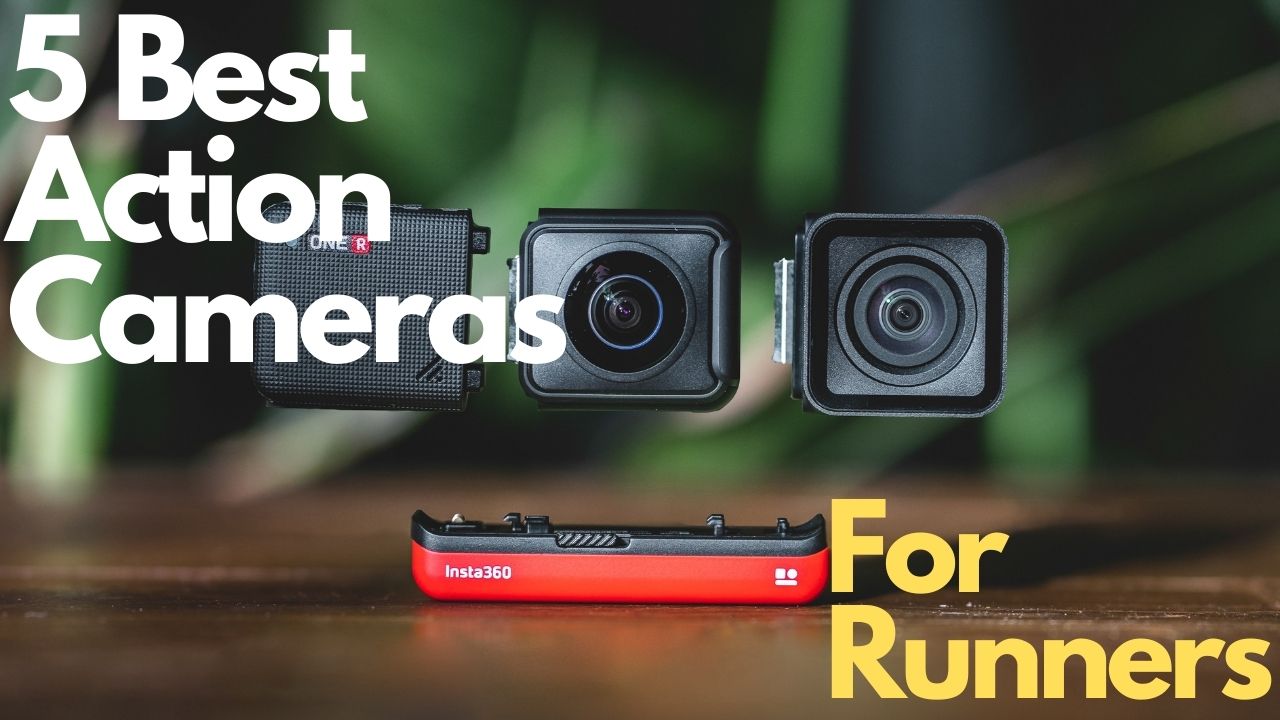 What are the 5 best action cameras for running?

If you buy something using links in my stories, I may earn a commission. This helps support this website. Learn More.

I’ve listed these action cameras based on which are the most practical and easy to use.

There are, of course, many other action cameras out there that will work just fine. But, these are simply the best if you’re making videos while you’re running or recording other people running.

I own and use the insta360 R. If I’m running by myself I’m recording my run, I prefer using the 360 module that you can purchase with the  Insta360 R model.  It’s very simple to use and I don’t have to worry about my camera position. I just choose how long I want to extend the selfie stick. Then, I decide what height I want the camera to sit at while I’m running. and finally I just need to determine whether it’s going to be behind me in front of me or beside me.

The beauty of all this is that I don’t have to worry about not being able to capture a shot. With a 360 mod, you get everything all the time.

You just have to remember to press the record button. I have presumed that I’ve pressed the button and then totally forgotten to. And after I thought I had this amazing video it wasn’t even there. But of course, this is purely a user (my) error. 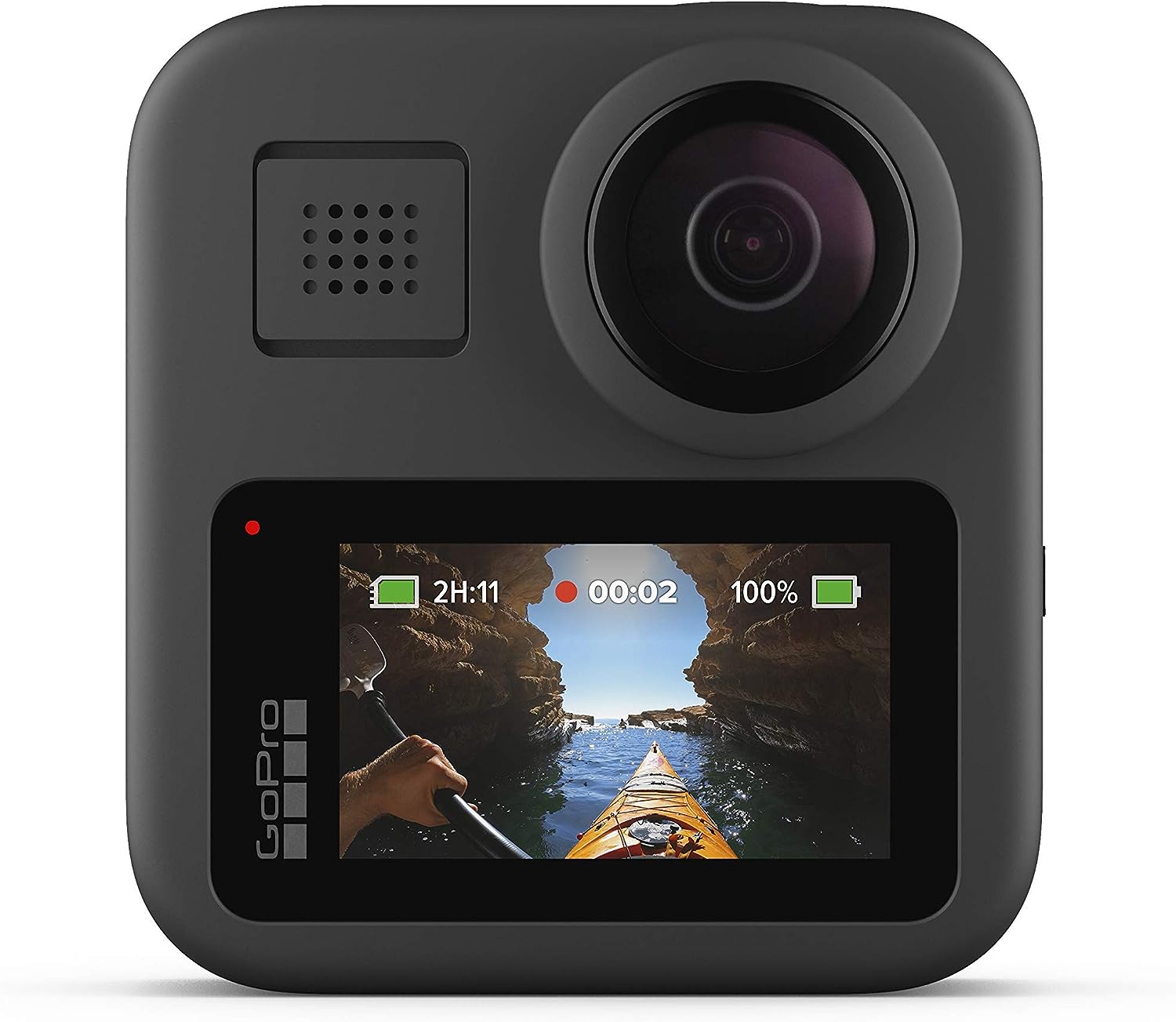 I do not own the GoPro Max 360. But, the software for this action camera is the best for 360 videos. I also like it because it’s just one camera instead of a modular unit.

There are plenty of upside to having a GoPro versus an Insta360 camera. The biggest is that GoPro is so much easier to get great customer service.  In the US there is also a great warranty for GoPro cameras.

But the biggest benefit, as I’ve already shared, is in the software. It’s just so easy to use especially with Apple products.

Another great benefit is all of the attachments that you can get for the GoPro Max. They are in almost every camera store and you can find them easily online.  They are a bit pricier than other attachments for action cameras. But they have excellent quality.

I feel like a lot of picture quality stats don’t really reveal how much you’re going to like the video quality or not. It’s just a personal choice. But, in my opinion, I think the video

I really do love my Insta360 R. But better is better. If I had to go back and purchase a camera again I would buy the GoPro Max 360. 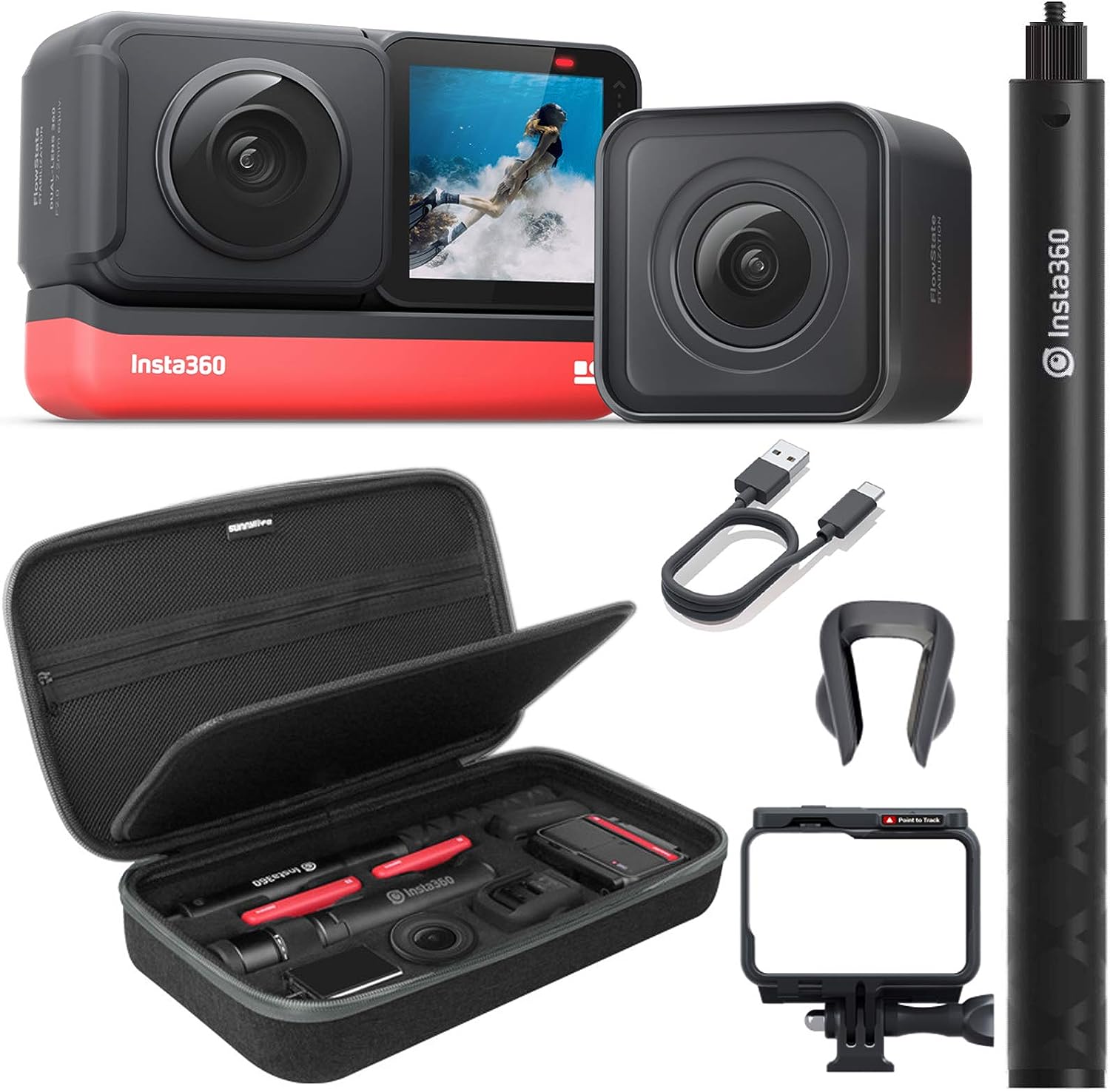 This is still an amazing action camera. The benefits outweigh the downsides for sure.

It outperforms the GoPro Max 360 underwater as well. The video quality is far far better.

It is very easy to run with as well. When I’m running with this camera I really don’t feel bothered by its weight. It feels quite light and easy to manage.

The Insta360 is very fun to use.  I used mine two days ago.  Here is what I was able to do with a one minute video.  This is called a stop motion video. The software on the Insta360 has various ‘story’ themes that you can use on one or multiple videos. The picture quality looks poor at first, but when you play, it has a very cool effect.

I took another one last weekend on my bike. This one is just a simple side view action shot with normal settings. It was a beautiful sunny day. So the picture quality is excellent.

If you position the camera so that you don’t show a shadow, you can create a drone like video or photo.

Insta360 is a new company. Their software is still catching up to that of GoPro which has been running strong for over a decade now.

9 months ago when I purchased my insta360, the software for rendering videos on my Android phone and my iPad pro we’re not very good.

It just took a very long time to render 360 videos. And because the video is in insta360’s own video format, it has to be reformatted into an mp4 version to play it on YouTube or a website. You cannot directly transfer a file onto your computer or the internet unless you change it through insta360 software.

Now, the software is much easier to use. I find that I can easily render a short 360 video within a few minutes. The videos that I’ve shown you above were done in about 5 minutes. And I did them both on my Android cell phone.

Overall, I still believe that this is the second-best choice for a 360 camera for running. The 4K mod and the 1-inch mod can be put on the same mounting unit. Sometimes for running outdoor shots, you just will want a regular action camera so that you can get a very specific shot that you want. That’s what makes this camera so versital. No matter what situation you are in on your run, you can adjust with this modular action camera. This makes it a very versatile camera for runners and outdoor enthusiasts.

The next insta360 camera that I recommend is an updated version of their first 360 camera, the One X. The insta360 One X2 is a dedicated 360 camera. 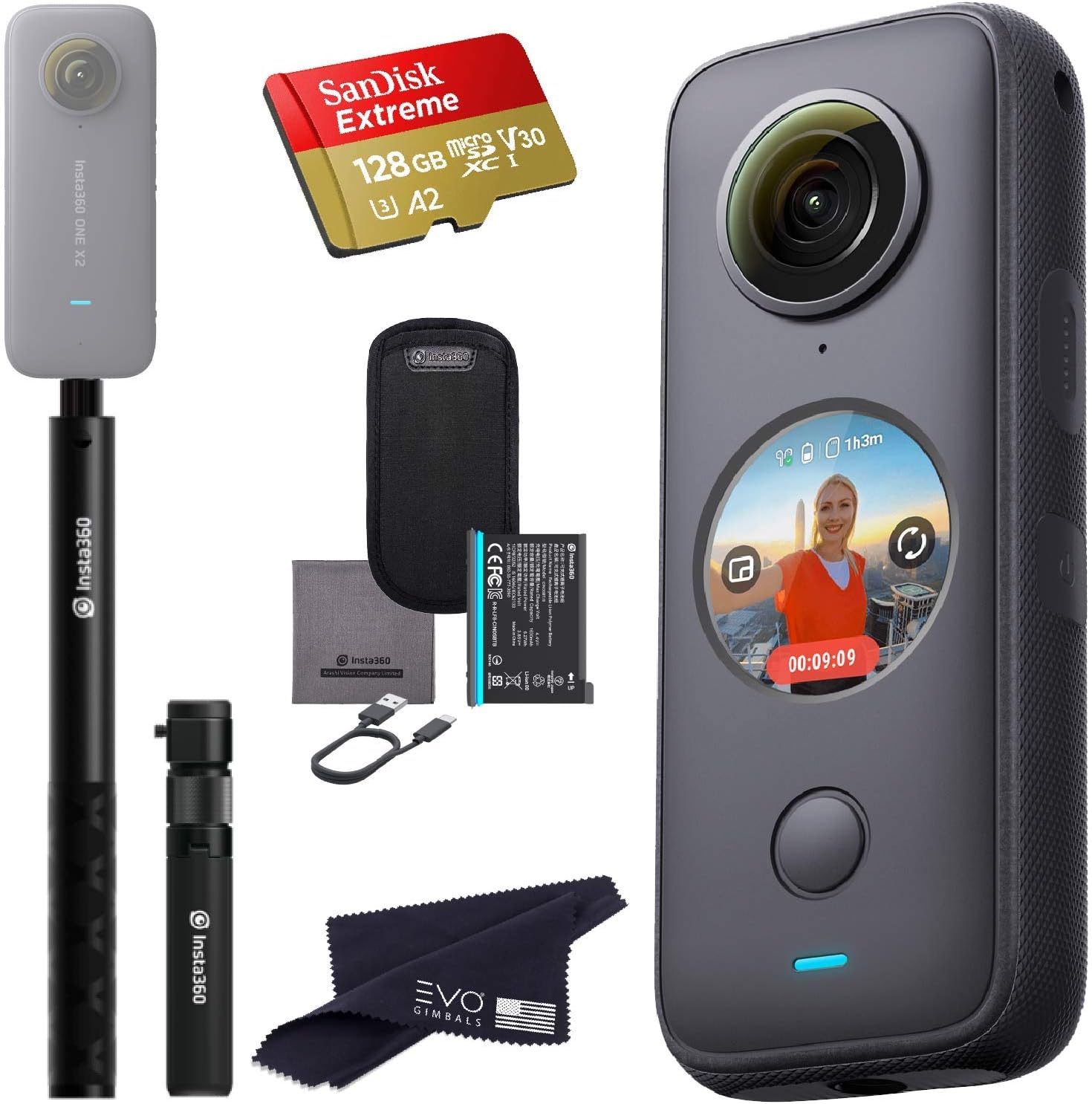 The insta360 One X and the insta360 One X2, are exactly as they sound. The X2 is an updated version of their first 360 camera. It’s waterproof, and the lenses are much more robust for an action camera that gets mud and dirt all over it.

For runners, I feel like this is a wonderful purchase. The only reason I don’t have it as the second choice for action cameras is because of the software glitches that you can run into with insta360. And if you wanted a more traditional shot, it’s nice to have the modular options of the insta360 One R.

In my personal opinion, I prefer running with just one camera. The camera only gives me one lens option as well. While I’m running I don’t want to spend a lot of time fiddling with which mod I’m going to use and to carry even more equipment with me out on the run. And that’s where the beauty of the One X2 comes in.

The one next One X2 is simple. You press record and the only thing you need to think about is where you’re going to position your camera. You’re always going to capture everything no matter where you position it.

Even if you place it on a tripod stand for a shot that you want to take of you doing hill repeats or just being able to show you running by a certain area, you can be sure that you’re going to capture everything.

So, if you’re looking for a camera that you’re going to use for daily recording of your runs or you just want it for a vlog that you want running video captured for the vlog, I would highly recommend purchasing this camera.

If you are wanting a very simple video capture that is amazingly smooth when you’re running, then the GoPro Hero 9 is an exceptional option.

The video stabilization is amazing. The GoPro Hero 8 is just as phenomenal with video stabilization, but the picture quality on the nine has been boosted.  You also have dual monitor screens. This is huge because if you’re wanting to record and see what you’re capturing.

The GoPro Hero 9 also has a 5K option. This makes the video much crisper and has a much more mirrorless camera effect for when you are running. 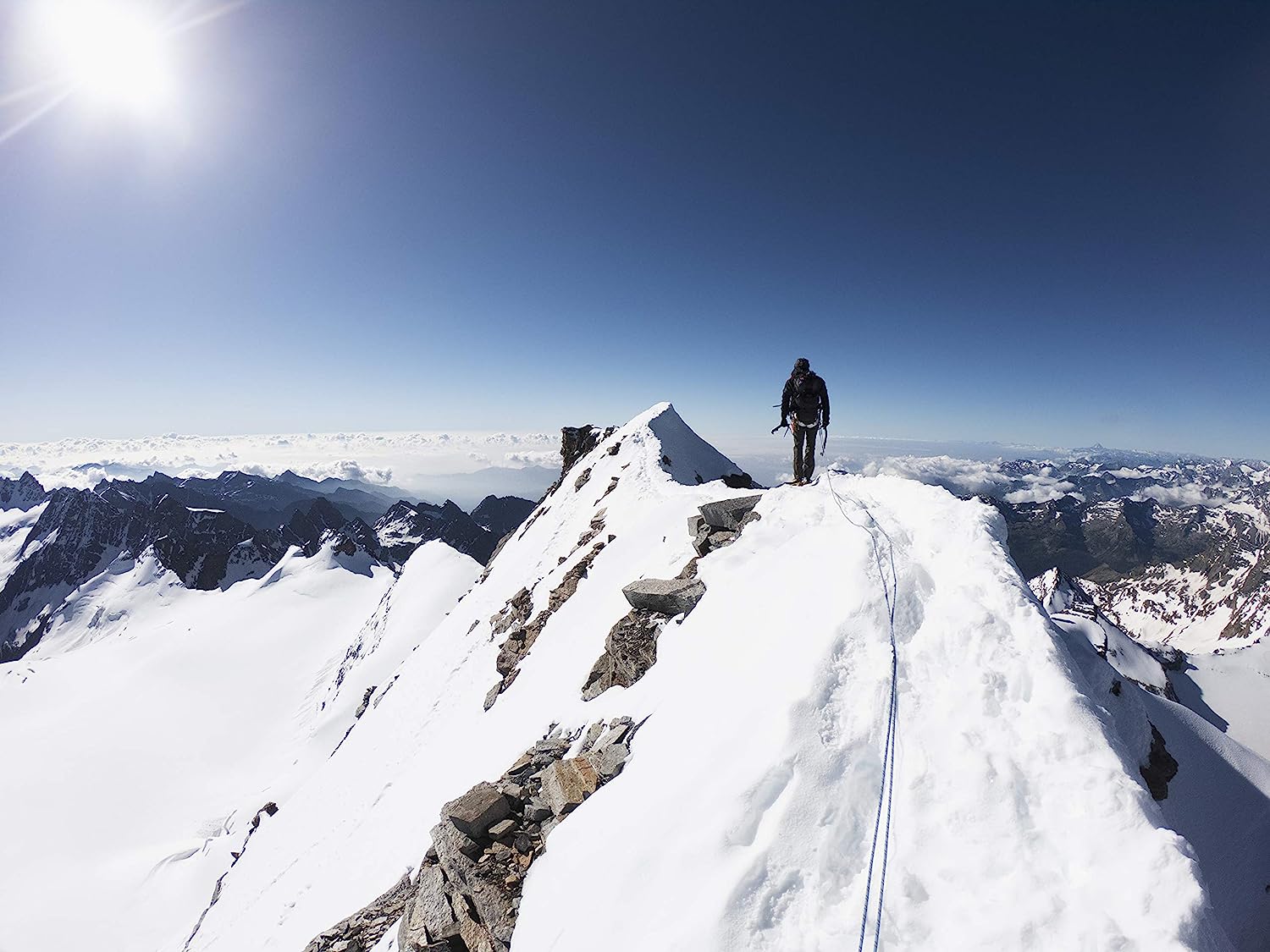 Now, there are a few downsides to this brand new camera. Because it’s new there are software and camera glitches that you are going to run into.

But with firmware updates, this will get better.

There is an amazing option that is totally new. It makes it like a gimble. You can now set the camera so that you can keep the horizon level no matter how you turn it. This is huge. Now, you don’t have to worry about the video being crooked. This feature is almost worth paying the extra money for capturing your run. 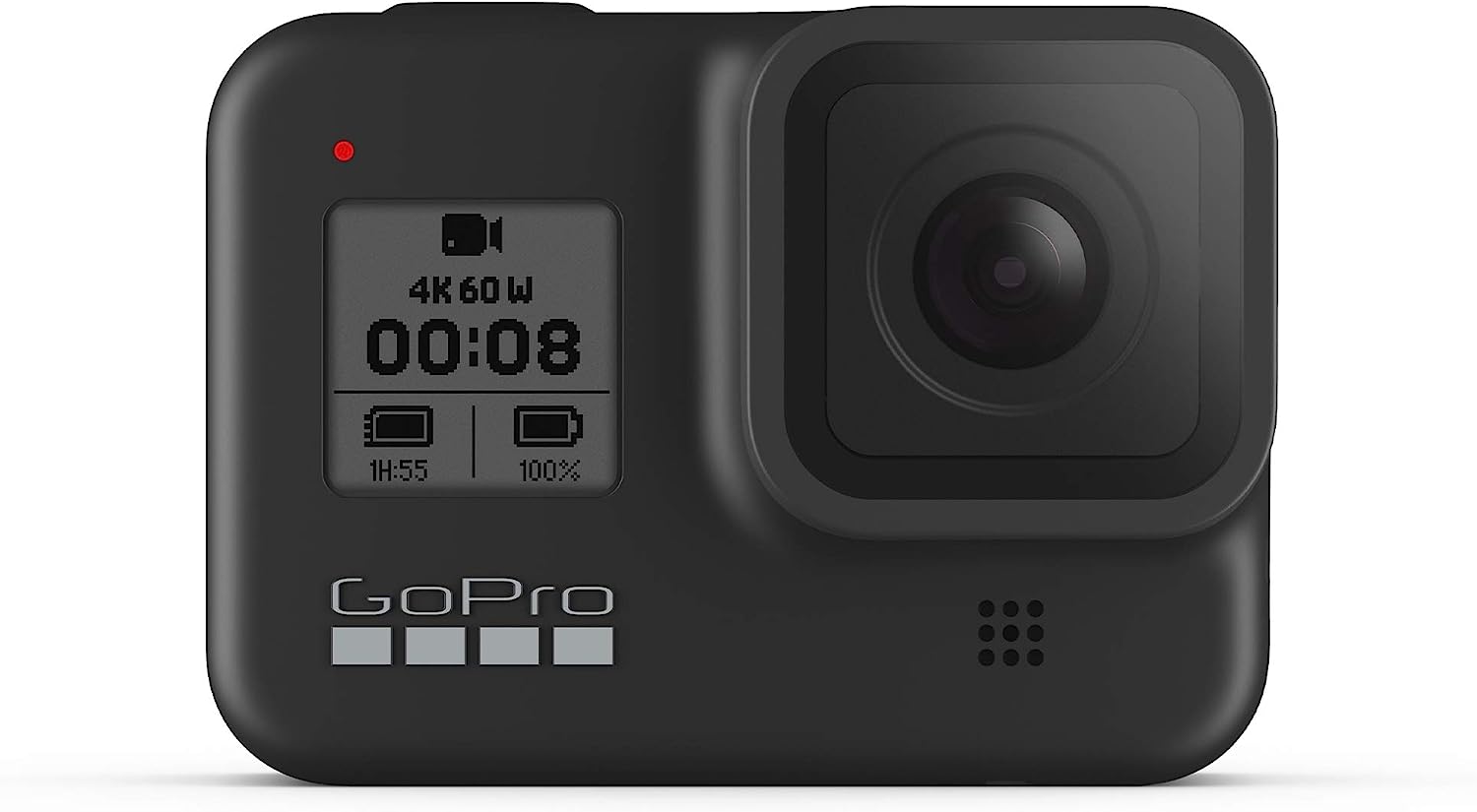 The GoPro Hero 8 Black is an excellent action camera that is a lot cheaper than the Hero 9.

They’re not as many features as the Hero 9. But, most of the glitches have been figured out. If you’re looking for something in a specific price range and you don’t want to go over that, I would highly recommend purchasing the Hero 8.

This is not to say that the Hero 8 is a bad camera or not as good. But let’s be honest, sometimes we don’t want to spend as much on an action camera that’s going to have a new version next year.

The GoPro Hero 8 puts out amazing footage. And it’s still very much worth buying. 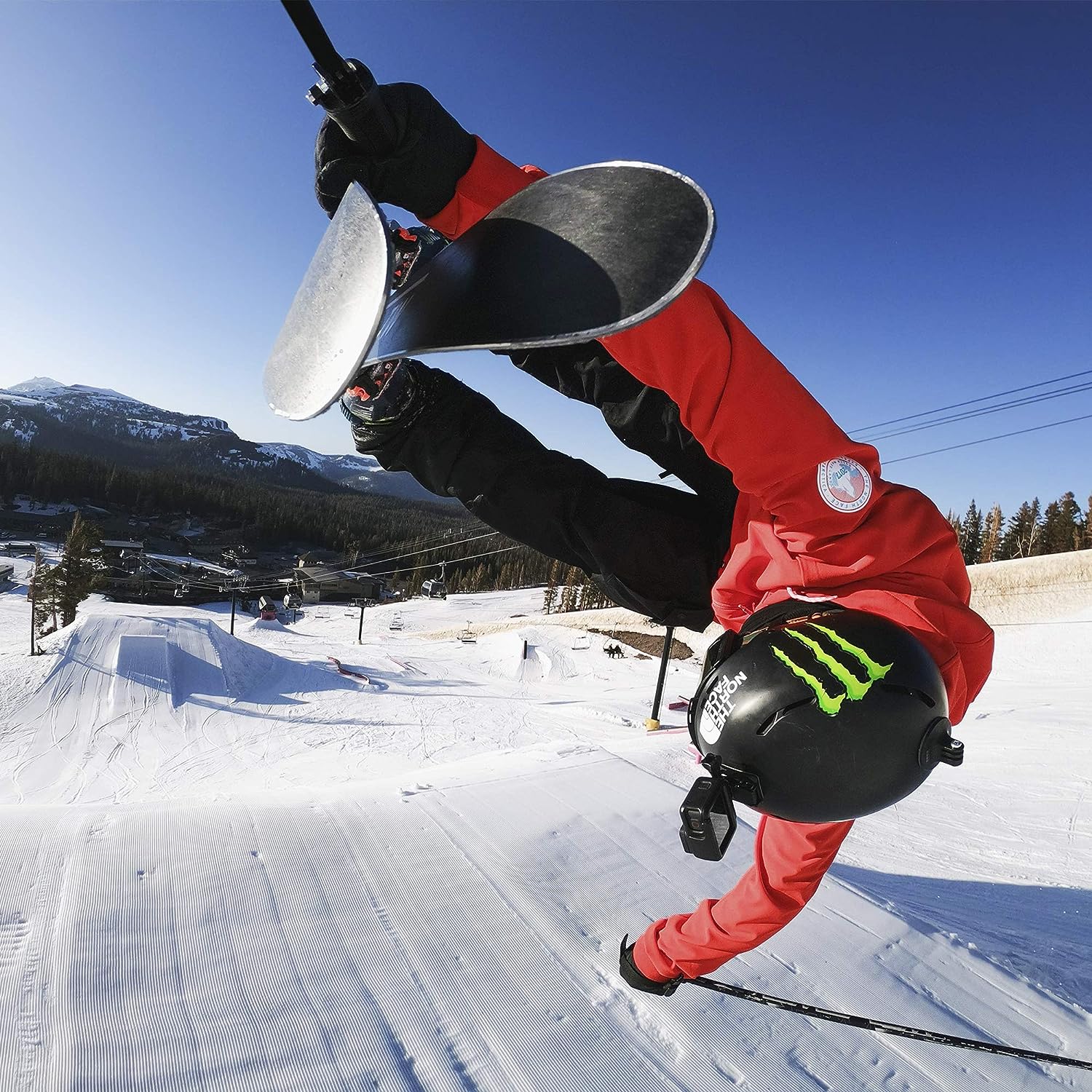 I highly recommend buying the Insta360 One R with the 360 Mod. This will give you so many options. You have 3 different lenses to choose from. A 1-inch, standard 4K, and a 5.6K 360 lens will give you a variety of filming options.

Go to your local electronics store and see if they will let you try them out. Then, decide which one will suit your needs the best. Everyone has a different style and preference.

I truly hope this article has given you a brief introduction to actions cameras that are most suitable for runners.

Have an amazing day!